How to Make Your Honeymoon or Family Vacation in Cozumel Memorable

Snorkeling and scuba diving! Sandals and sunglasses! Stingrays and sealions! Did you know you can find all these in Cozumel? Cozumel, located in the Atlantic Ocean, is the largest Mexican Island. Forty miles south of Cancun, pristine water and white sand beaches are ready to welcome tourists.

Whether you arrive in Cozumel by plane or ship, taking a tour of the ruins is a must. Learning about the history, lifestyle and culture of the Mayan civilization is an experience you will never forget.

Tulum was occupied as far back as 600 A.D.; however, it was most densely populated around 1200 A.D. The oldest Mayan ruin on the island dates back to 300 A.D.

The Castle is the pyramid type structure which dominates the city from the top of a 40-foot cliff. The nearby Temple of the Descending God provides equally excellent insight into the architecture of the Mayan people. Colorful murals and paintings that once decorated the ancient walls are now faded but still tell the story and history of an incredible civilization. The Mayans are a group of people who gained many achievements in the arts and sciences, and then mysteriously disappeared.Their story is amazing.

When touring the ruins, be sure to wear good walking shoes, a hat, sunglasses and sunscreen. Depending on the time of year you travel, the temperatures can get extremely warm.

Mexico's currency is the peso, shown with the $ sign. Most of the time prices will be shown in pesos. Any prices in the U.S.dollars are listed as US$ or USD.  Keep in mind, that many hotels, restaurants and shops accept major credit cards, which usually offer a good exchange rate.

Whether you visit Cozumel for your honeymoon or family vacation, it will be an experience you will never forget. 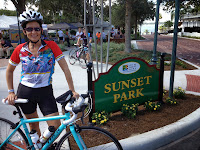 Hello, 2014! In 2013, my New Year's Resolution was to do things that I'd never done before...to do things that took me out of my comfort zone without going against my vaules and beliefs. That theme resulted in the accomplishments of several things: running the Disney Princess Half Marathon, biking 25 miles in the Mount Dora Bike Festival, participating and placing 3rd in my first mini triathlon, attending the Christian Women's Speaker's Conference, and making myself available for speaking engagements, to name a few. 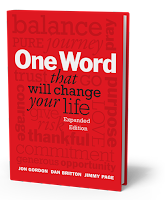 Today, I watched The Today Show and saw Author Jon Gordon's segment on One Word. As he spoke about the One Word concept, I was reminded of the movie City Slickers, with Billy Crystal. In the ever popular scene, Curly (played by Jack Palance) holds up his finger and explains that the key to life is one thing. And that the one thing is different for everyone.

Fascinated with the concept of having one word instead of a New Year's Resolution, I downloaded the ibook and read it in 54 minutes. About the time I was reading the book, Michigan State University won the Rose Bowl and Coach Mark Dantonio's interview aired. I was intrigued by the video he shot at the beginning of the season, in the Rose Bowl stadium to encourage his team. Then today, at the end of the season, his mission was accomplished by winning the championship. The message of the power of words rang out loudly in my living room.

Posted by Life's Rudder Cruises at 7:00 AM No comments: